Will You Be My...Maid of Honor? 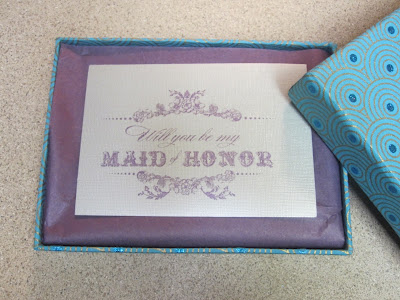 This past Valentine's Day, I arrived home to find a small package on my doorstep. I didn't think too much about it, as I wasn't expecting anything, so I went about my usual get-home-from-work routine.

After dinner, I got around to opening the mail and then remembered the mysterious package. I carefully opened it up and found this lovely blue gift box. Did I have a secret admirer who chose Valentine's Day to profess his unrequited love? 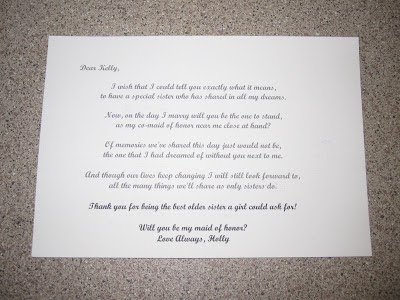 Well, not exactly, but my newly-engaged sister decided Feb. 14 was the perfect occasion to ask her bridesmaids if they would stand up with her on her big day.

What I love the most about this thoughtful gift is Holly actually made it herself. She got the idea from Pinterest and then gathered all the supplies: gift boxes from World Market, purple tissue paper, silver cardstock, and the cutest aspect of this gift: the DVD of Bridemaids. 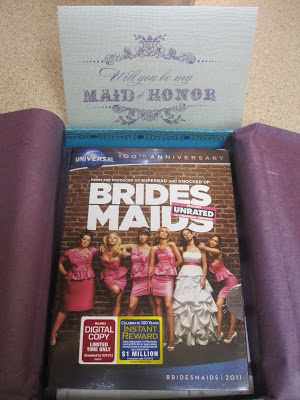 She found the "Will You Be My Maid of Honor" text and poem online, printed them out (double-sided, no less!) and then trimmed the cards so they would fit perfectly inside the gift boxes.

I was so touched my her gift, I wrote this on her Facebook wall: "Flowers and chocolates are always appreciated, but this has to be the sweetest Valentine I've ever received. Holly Smith: the answer is YES!"

We're officially less than a month away (and still so much to do!), but it's been so fun (and crazy!) sharing this experience with her. After all, she's been waiting and planning this wedding for 7 years!
In my next post I'll recap our trip to the O.C. in March where my youngest sister took her engagement pictures which had three different locations and just as many outfit changes. Let's just say Holly's fiancé Brent is a very patient man...especially when it comes to putting up with three Smith sisters who all have their own agenda!

Picture of the Week 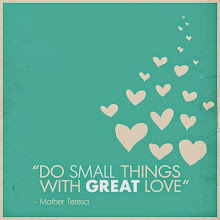